Horn
Back to Musicians 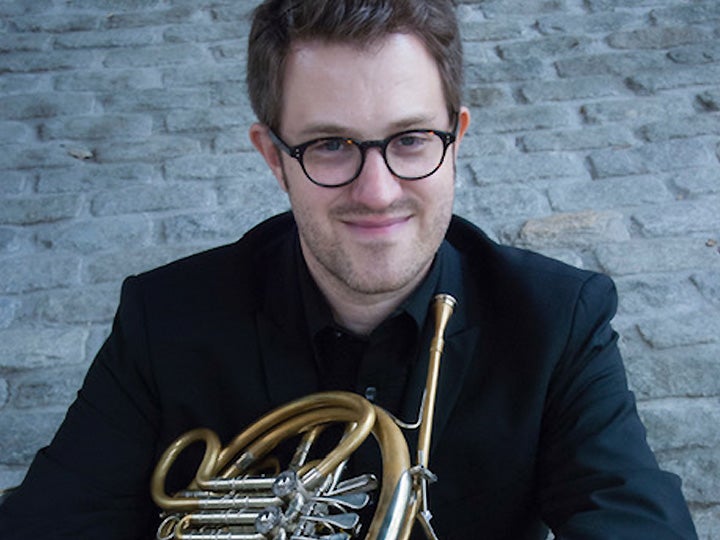 ERIC REED is an internationally recognized horn player, chamber musician and educator. He is the newest member of the American Brass Quintet and serves on the horn and chamber music faculties of The Juilliard School. Reed performs regularly with the Chamber Music Society of Lincoln Center, Orpheus Chamber Orchestra and the Orchestra of St. Luke’s. He is a former member of the Canadian Brass and Carnegie Hall’s Ensemble Connect, as well as the Oregon, New World, and Harrisburg symphonies. Based in New York City, Reed has performed with dozens of the region’s cultural organizations, including the Metropolitan Opera, New York Philharmonic and International Contemporary Ensemble. He has appeared as guest associate principal horn with the Philadelphia Orchestra and as guest principal horn with the New Jersey Symphony, American Symphony Orchestra, American Composers Orchestra and American Ballet Theater. He is a member of the Ensemble Échappé, a sinfonietta dedicated to music of the 21st century. Recent world premieres include works by John Zorn, Eric Ewazen, William Bolcom, Philip Lasser, Kenneth Fuchs and Timo Andres. Reed is on the faculty of the Aspen Music Festival and School and Round Top Festival Institute and was recently appointed guest French horn professor at the middle school affiliated with the Shanghai Conservatory of Music. He holds degrees from Rice University and The Juilliard School.