A musical journey without boundaries.

Produced by DreamPlay Films in association with the New Jersey Symphony Orchestra.

Music Director Xian Zhang leads the New Jersey Symphony Orchestra back on the main stage to masterfully conduct a striking selection of orchestral works, showcased in a uniquely intimate style by maverick filmmaker Yuri Alves, who complements the live performances with mesmerizing visuals beyond the stage. The EMERGE concert film trilogy expands the universe of orchestral music through a mix of live stage performance, stunning visuals, mesmerizing dance sequences and format-bending elements on and off stage.

The concerts were recorded live and filmed on RED cinema cameras at the New Jersey Performing Arts Center in Newark, New Jersey, between February and March 2021. The films are presented in 4K Ultra HD and in Dolby surround sound.

Woodwind and brass instruments return to the NJSO stage in Schumann’s poignant and powerful Fourth Symphony, paired with the East Coast premiere of a new work from multitalented composer and performer Nokuthula Ngwenyama. Simone Dinnerstein, whose Bach performances are full of life, brings vitality and grace to the composer’s F-Minor Keyboard Concerto. More info.

This concert was recorded live and filmed on RED cinema cameras at NJPAC in Newark. The film features the NJSO and Inon Barnatan on stage, dance performances by Cori Barnes and M.A. Taylor and behind-the-scenes images of NJSO musicians. Presented in black-and-white 4K Ultra HD.

PRICE Piano Concerto in One Movement
MOZART Symphony No. 39

This free film premieres May 26 at 7:30 pm and is available on demand after the premiere. 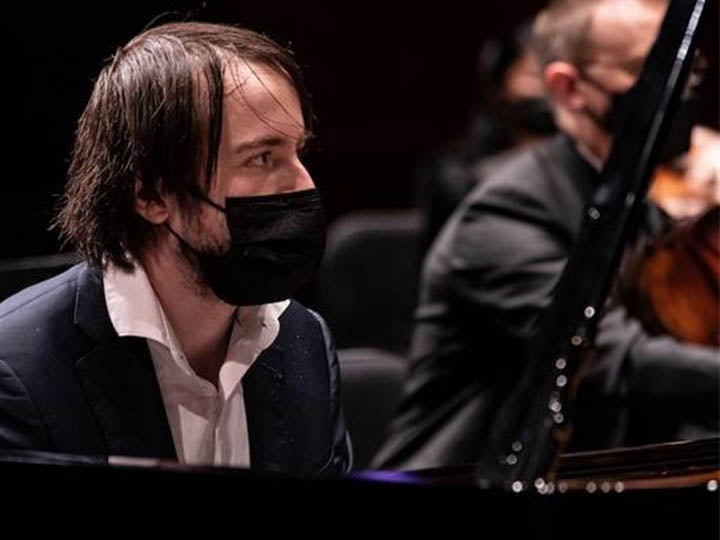 This concert was recorded live and filmed on RED cinema cameras at NJPAC. This film features the NJSO and Daniil Trifonov on stage and riveting images of and inspired by the people of New Jersey. Presented in 4K Ultra HD.

This free film premieres June 23 at 7:30 pm and is available on demand after the premiere.