Assistant Principal Bass
Back to Musicians 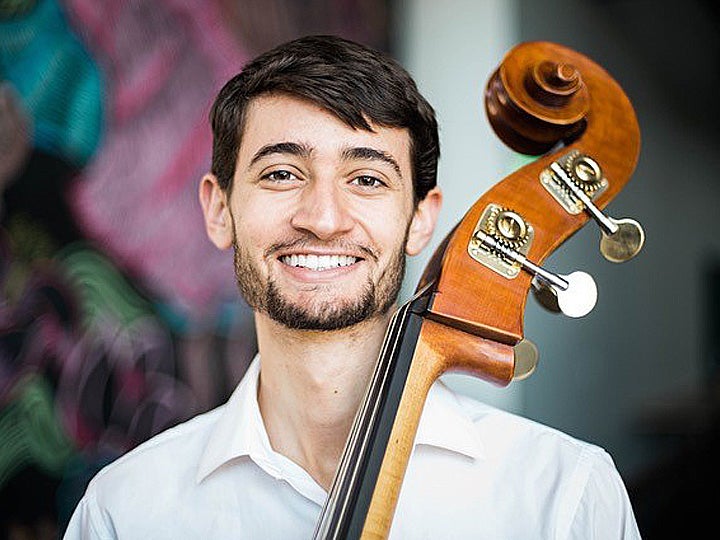 A Long Island native, bassist ALEXANDER BICKARD is at home in orchestral, chamber and solo playing. At age 20, Bickard joined the New Haven Symphony Orchestra; he is also a substitute bassist with the New York Philharmonic. Bickard has collaborated with the Ariel and Fine Arts Quartets, including recordings on the Naxos label. Since 2017, he has been performing with the International Sejong Soloists, taking him to performances spanning three continents.

At 19, Bickard won the Juilliard double bass concerto competition, resulting in his solo debut at Lincoln Center’s Alice Tully Hall. His festival appearances include the Spoleto, Tanglewood, Ravinia, Pacific and Castleton festivals, as well as the New York String Orchestra Seminar. Earning both his bachelor’s and master’s degrees from Juilliard, Bickard was a recipient of the Kovner Fellowship and studied with Eugene Levinson and Timothy Cobb.