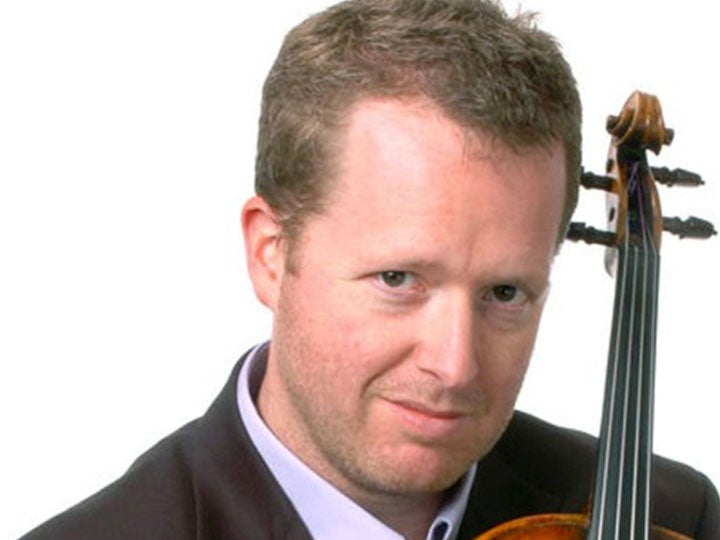 Recent performances include concerto appearances with the Grand Rapids Symphony, New Jersey Symphony, Knoxville Symphony, Grainger Wind Symphony in Melbourne, Filharmonic del Quito, String Orchestra of the Rockies, National Symphony of Ecuador, State Orchestra of Merida in Venezuela, New Symphony of Sofia in Bulgaria, Peninsula Symphony of California and Kiev Camerata in Ukraine. Recent and upcoming highlights include debuts with the Missoula Symphony, Texas Festival Orchestra at Round Top, Lyviv Festival Orchestra in Ukraine and Orquestra Filarmonica do Espirito Santo in Brazil. He has collaborated with some of today’s leading conductors, such as Ann Manson, Lucas Richman, David Lockington, Patricio Aizaga and Rossen Milanov.

Deubner’s commitment to extending the repertoire for the viola is made evident by collaborations with some of today’s greatest composers, such as Samuel Adler, Lalo Schifrin, Andrew Rudin, David Del Tredici and several of this generation’s leading young composers. To date, more than 80 works for viola—including 27 viola concerti and numerous solo and chamber works for viola—have been dedicated to and premiered by Deubner.

His many recordings include concerti as well as recordings with piano and as part of trios and quartetsn. Deubner’s debut CD,“English Viola Romance,” for Eroica Classics in 2005 garnered instant praise; The Minneapolis Post wrote, “This CD is a must for any fan of the viola and English music!” Deubner received rave reviews for his recording of Frank Lewin’s two viola concertos with the New Symphony of Sofia, Bulgaria, under the baton of then-Philadelphia Orchestra resident conductor Rossen Milanov (for Albany in 2007). His newest CD recording, featuring Andrew Rudin’s Viola Concerto for Centaur (2010), brought great reviews and acclaim. In 2012, Deubner completed a two-CD project for Naxos of the music of Frank Levy, as well as the complete music for viola and piano by American composer Amanda Harberg.

Deubner serves on the faculty of Temple University’s Boyer School of Music and Dance in Philadelphia, and during the summer, he is on the faculty of the Luzerne Music Center in upstate New York and the Round Top Festival Institute in Texas. He is Artistic Director of the concert series “Music and More” in New Jersey, where he makes his home.