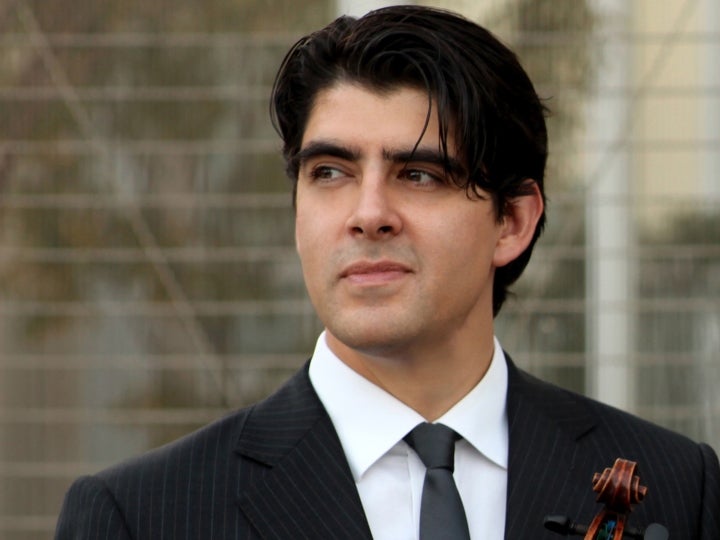 Peruvian-American violinist BRYAN HERNANDEZ-LUCH has been described by The Deseret News as “strikingly imaginative … he is an artist to be reckoned with.” He began his violin studies at age 6, and at 15 he made his solo debut with the Utah Symphony Orchestra. As a soloist, Hernandez-Luch has performed with the symphony orchestras of Detroit, Cleveland, Atlanta, New Jersey, Nashville, Chautauqua, New World, Colorado, Princeton, Grand Rapids, Battle Creek, Prince George Philharmonic and Canada’s National Arts Center Orchestra. He has worked with such conductors as Franz Welser-Möst, Robert Spano, Keith Lockhart, Rossen Milanov, Arthur Fagan and Thomas Wilkins.

As an avid chamber musician, Hernandez-Luch has toured extensively across Columbia, the United States, Germany, Russia, Japan, Poland, Korea and South Africa. As a founding member of the Catalyst Quartet, Hernandez-Luch had the distinct privilege of performing with the Guarneri Quartet in Mendelssohn’s String Octet and a performance of Tchaikovsky’s Souvenir de Florence in Carnegie Hall’s Stern Auditorium. A frequent collaborator and guest concertmaster with the Orpheus Chamber Orchestra, Hernandez-Luch is also a member of the New Jersey Symphony. He appeared as the conductor and onstage violinist for Broadway’s The Cherry Orchard, starring Diane Lane. His previous Broadway shows include The Radio City Christmas Spectacular, Miss Saigon, Fiddler on the Roof, Elf, Doctor Zhivago, My Fair Lady and West Side Story.

Hernandez-Luch earned a master’s degree from The Juilliard School and a B.M. from the University of Utah.

He lives in New York City with his wife, concert pianist Desirae Brown of The 5 Browns, and their two children, Poppy and Rowan.