Concertmaster The Dottie Litwin-Brief Chair
Back to Musicians 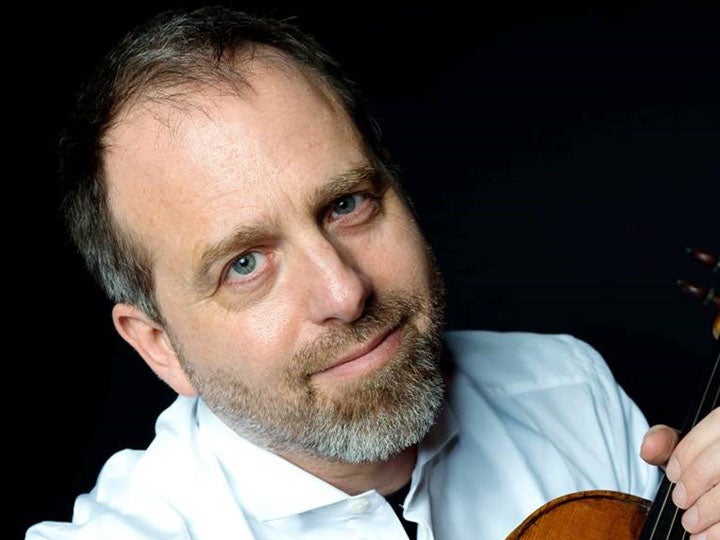 Violinist ERIC WYRICK is Concertmaster of the New Jersey Symphony and has been an Orpheus Chamber Orchestra member and frequent leader since 1988.

Born in New York City, Wyrick started playing the violin at 4 years old. He attended The Juilliard Pre-College Division and later The Juilliard School, studying with Dorothy DeLay. His varied orchestral career began with the Hudson Valley Philharmonic at the age of 14. He has been Concertmaster of the American Symphony, Eos and L’opera Francais de New York, as well as the Christmas String Seminar under the direction of Alexander Schneider.

Wyrick has appeared as a soloist with the Danish Radio Orchestra, Orchestre de Toulouse, Hudson Valley Philharmonic and San Angelo Symphony Orchestra. In annual New Jersey Symphony solo appearances, he has brought unusual and new violin repertoire to New Jersey stages, performing concertos of Ferruccio Busoni, Darryl Kubian, Edward T. Cone and Prokofiev, among others. In addition, Wyrick has had several solo television appearances including the “Dance in America” presentation of Chausson’s Poème, and, as featured soloist, the BBC’s “Great Composers” Series.

An active chamber musician, Wyrick can be heard frequently with the New Jersey Symphony Chamber Players and is a founding performer at the Bard Music Festival. He has recorded for Bridge Records, Vanguard and, with Orpheus, Deutsche Grammophon. He is the soloist on a recording of Kubian’s 3-2-1 Concerto for Acoustic and Electric Violin with the Orquesta Sinfonica of Michoacan, available online.