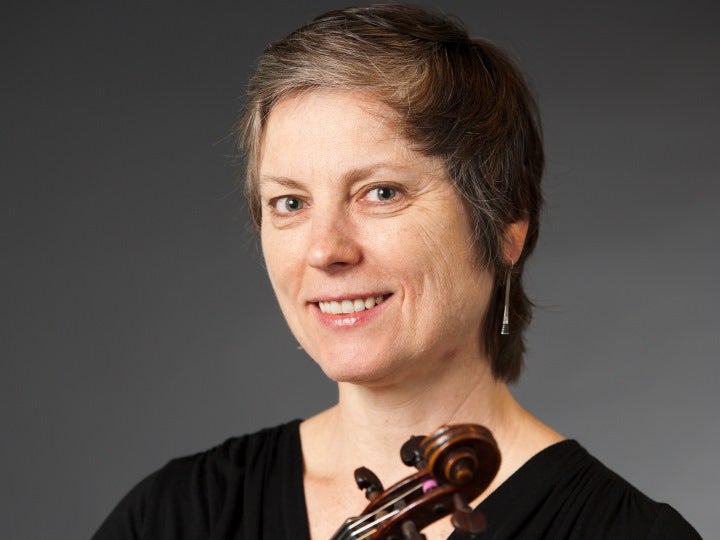 FRANCINE STORCK is the Principal Second Violinist of the New Jersey Symphony.  A native of Princeton, she began playing professionally at the age of 16.  At the Oberlin College Conservatory of Music, she was Concertmaster of the Orchestra, and First Violinist of the Csardas Quartet, winning second place at the prestigious Fischoff Chamber Music Competition.

Francine now enjoys teaching privately, as well as assisting in the New Jersey Symphony CHAMPS program in Newark.  She is very proud that her students have included children of her colleagues, and that she has coached area professionals for auditions.  She is very proud of her students who have been accepted into All State and Regional Orchestras.  But she is equally proud that her students have ranged in age from 3 to 83, that some have progressed despite learning and social issues, that they have conquered performance fears, and especially that they have made music an ongoing part of their lives.  Her mission is to help each student reach their highest potential, while inspiring them with the joy of creating beauty with their two hands.

Francine lives in Morris Plains with her husband, New Jersey Symphony bassist, Jonathan Storck, and can be reached at fsstorck@gmail.com.