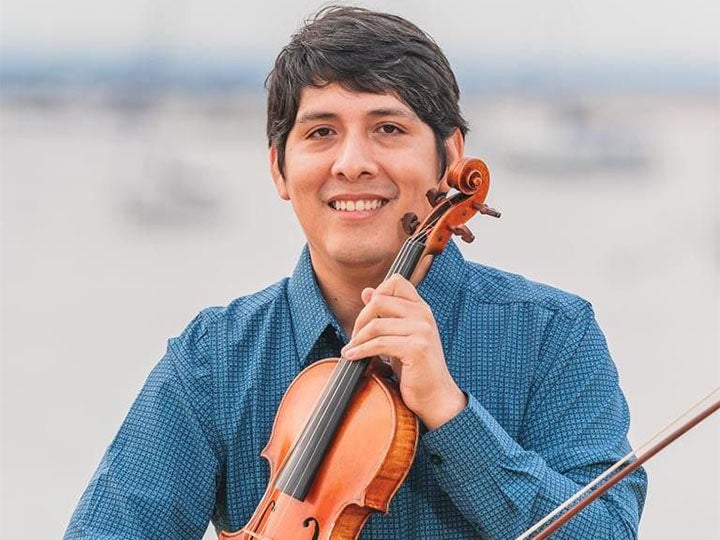 Violinist JESUS SAENZ has been the winner of the National Violin Competition of Perú in 2004, and has soloed with most major Peruvian orchestras, including the National Symphony of Perú.

At age 17, Jesus moved to the United States to pursue his higher education. He holds degrees from Texas Christian University, Southern Methodist University, University of North Texas, and the Boston Conservatory at Berklee. As an educator, Jesus has given performances, lessons, and masterclasses in countries such as Haiti, Trinidad and Tobago, and Suriname. He currently works with online violin students from 14 different countries through Musicians for the World, a non-profit organization that offers free, virtual music education to vulnerable communities worldwide. He founded this organization alongside his partner and fellow violinist, Kelley McGarry (www.musiciansfortheworld.org).

In the Summer of 2022, Jesus launched his first music festival - Festival Musicians for the World, Perú. This festival gathered twenty musicians from across the globe in Perú and toured to various areas of the country, both performing and working with music students; these students included those in the most vulnerable areas of Cusco and Lima. Jesus is currently collaborating with the creation of the Orquesta Mesoamericana de Mujeres, an orchestra that will join talented women from Centroamérica and Mexico. He is also the artistic director of Camerata Musicians for the World, an ensemble that seeks to bring world class performances in the most remote corners of the globe.