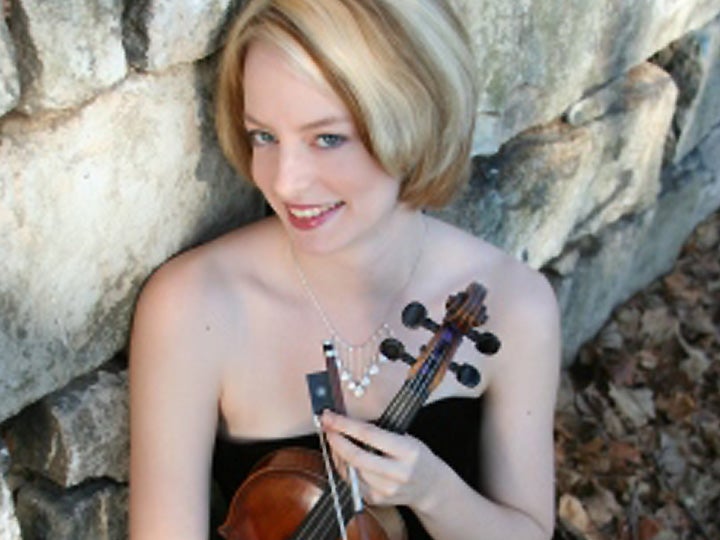 JOANNA FARRER is a member of the New Jersey Symphony, as well as a chamber musician, solo performer and orchestral musician in the United States and abroad. She has performed as a soloist in the Berlin Philharmonie with the Goteborgs Symfoniker and has premiered new solo works by contemporary composers at Jazz at Lincoln Center and the Chelsea Art Gallery. With Itzhak Perlman, Farrer has performed Vivaldi’s Concerto for Four Violins at Carnegie Hall, as well as in a “Live from Lincoln Center” broadcast. She has performed as a soloist with numerous orchestras, including the Philadelphia Orchestra, Orpheus Chamber Orchestra and Israel Philharmonic.

As a concertmaster, she has worked with conductors such as James Conlon, James DePreist and Lorin Maazel, including performances of Britten’s The Turn of the Screw at the Kennedy Center with Maazel. She has served as guest concertmaster of the Vancouver Symphony Orchestra and New York’s Opera Moderne and as concertmaster on many occasions with Juilliard Orchestra ensembles while studying with Glen Dicterow. She has toured as a guest artist with the Orpheus Chamber Orchestra, New York Philharmonic and National Arts Centre Orchestra of Canada.

Farrer has a wide variety of classical chamber music experience, including performances with artists such as Pinchas Zukerman, Emanuel Ax and Itzhak Perlman, and has appeared at Merkin Hall with the Chamber Music Society of Lincoln Center. In the summer of 2014, Farrer performed as a featured artist in the XIV International Chamber Music Festival in Lima, Peru, performing with musicians from Germany, Peru, Chile and the United States. She has performed chamber and solo works as the United States representative at the Kyoto International Music Festival, and she also has been a SYLPH (Sasakawa Young Leaders Fellowship Fund) fellow, collaborating with artists from Poland, Austria, Italy, France and the United States for performances in Paris, Kyoto and New York. In 2001, Farrer was the featured artist on the Dame Mira Hess Memorial Concert Series in Chicago. This solo recital was broadcast live on WFMT­ and its 300 affiliated cable stations. During the same year, Farrer was also featured on the WQXR McGraw­ Hill concert artist showcase. Active as a Celtic musician, Ms. Farrer records with various ensembles in the New York area, and she has performed mixed­ genre works on both electric and acoustic instruments in New York, Chicago and London.

Farrer was accepted as a scholarship student at The Juilliard School at age 7. When she was 9 years old, Itzhak Perlman suggested that she study with Patinka Kopec at the Manhattan School of Music. She is an alumna of the Perlman Music Program and has participated in the National Arts Centre Young Artist Programme as a student of Pinchas Zukerman. Farrer completed her master’s degree at The Juilliard School under the tutelage of Glenn Dicterow, former concertmaster of the New York Philharmonic.