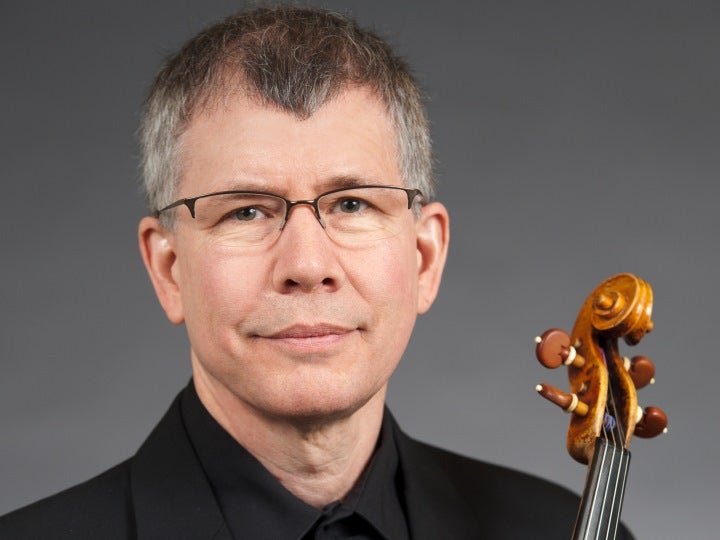 Violist MARTIN ANDERSEN has been a member of the New Jersey Symphony since 1979. He is also an active freelance musician in the New York/New Jersey metro area, and he has served as Principal Viola of the Hudson Chamber Symphony, Hawthorne Chamber Orchestra, Korean Symphony of New York, Elysian Symphony Orchestra and OMPTI Orchestra. These activities have resulted in three tours to Japan, one to Korea (performing with New York City Symphony at the 1988 Olympics in Seoul), two residencies/tours in Ireland with the New Jersey Symphony and a US tour with tenor Andrea Bocelli. Since 1990, he has spent his Augusts performing orchestral and chamber music at the Grand Teton Music Festival in Jackson Hole, Wyoming.

Teaching has always been important to Andersen’s musical life; while still in his teens, he served as a tutor to some of his teacher’s younger students. He maintains a private teaching studio of violin and viola students of all ages and levels, and he specializes in Suzuki Talent Education (“Suzuki Method”). He was founding faculty of Preucil School of Music, taught at the Preparatory Division of Brooklyn College and was on the faculty of Seton Hall University. He most recently served as artist-in-residence at Stevens Institute of Technology, performing, teaching and coaching chamber music. Since the New Jersey Symphony Youth Orchestras’ founding in 1990, he has coached the New Jersey Symphony Academy Orchestra and in the New Jersey Symphony Academy chamber music program, including the Lieberson Ensemble of top Academy Orchestra string students. As a member of the GNYO and New Jersey Symphony string quartets, he has performed and taught masterclasses throughout New Jersey, including at Rowan University.

Andersen and his wife, Christina, a floral designer, live in Hoboken.