The concert premieres on November 19 at 7:30 pm at njsymphony.org/dbr and on the NJSO’s YouTube and social channels; it will be available on demand.

i am a white person who _____ Black people, the new work by Roumain, was commissioned and composed “during a series of overlapping crises in our lives: a pandemic; a global fight for social justice; the effects and awareness of climate change; an array or economic collapses; and the tyranny of an electoral process under siege by a president and his party,” the composer writes. “As a Black, Haitian-American composer, every commission offers a choice.

“The titles of my work often speak to my feelings and (political) position. With i am a white person who _____ Black people, I am extending what has traditionally been my choice given to any white person: how do you see me and other BIPOC people, and what choice of word or phrase best reflect your opinion of Black people? Your choice, in part, reflects who you are.”

Abels’ Delights & Dances features a quartet of soloists from the Sphinx Organization, which champions emerging Black and Latinx artists—violinists Rubén Rengel and Jannina Norpoth, violist Dana Kelley and cellist Thomas Mesa. Abels has risen to national attention with his stirring scores for Jordan Peele’s Get Out and Us.

To provide a high-quality video and audio experience on audiences’ televisions and speakers, DreamPlay Media captured the performance with cinema cameras. Longtime NJSO audio engineer and multiple Grammy Award winner Tim Martyn recorded and mixed the audio for the concert, which was recorded on stage at NJPAC in Newark in October.

Zhang says: “I am so looking forward to making music with my NJSO colleagues again, and I am thrilled to share these special programs. Presenting new and rarely performed works that represent the diversity of our culture is very important, and we are proud to give this world premiere by Daniel Bernard Roumain.”

Director Yuri Alves says: “My goal is to capture the spirit, energy and the beauty of this music. I want to honor and elevate the NJSO’s amazing live performances on the big screen, and to bring the audience closer to the orchestra than ever before. And to do so in my hometown of Newark is extra special.”

Producer Igor Alves says: “I think this project will entertain the NJSO audience and hopefully entice broader, newer, more diverse audiences. I am proud of Yuri and the unstoppable DreamPlay team, and quite excited by the potential of our partnership with NJSO—this initial release shows that through collaboration, talent and innovation, you can overcome the tough conditions of this moment and put out high-caliber creative work.”

This film is the first NJSO virtual concert film that will be streamed online and made available on demand as part of NJSO Virtual 20–21, the Orchestra’s digital season. For more information, visit njsymphony.org/virtual. 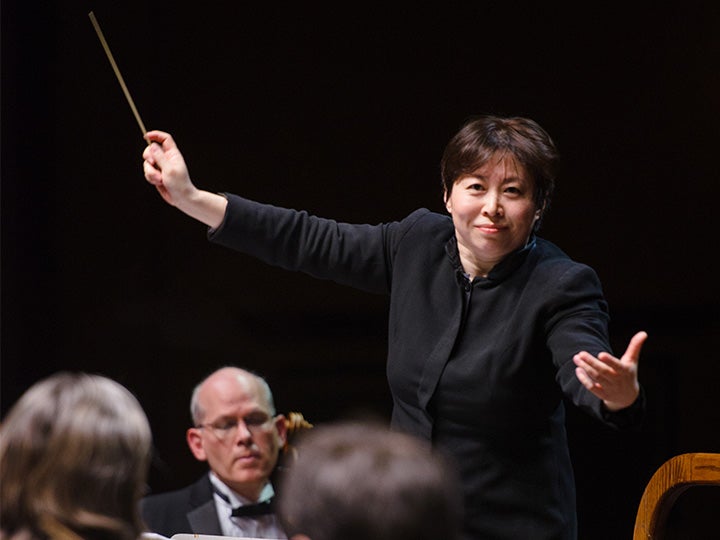 Join us for the world premiere of Daniel Bernard Roumain’s i am a white person who ____ Black people, a new NJSO commission. Soloists from the Sphinx Organization take center stage for Michael Abels’ Delights & Dances. Abels has risen to national attention with his stirring scores for Jordan Peele’s Oscar-winning film Get Out and Us. This program includes audience favorites Adagietto from Mahler’s Symphony No. 5 and Mozart’s Divertimento in D Major, K. 136.

Premieres Nov 19 at 7:30 pm and is available on demand after the premiere.