The film premieres on January 14 at 7:30 pm at njsymphony.org/dvorak and on the NJSO’s YouTube and Facebook channels.

The program pairs Dvořák’s Serenade for Strings with Still’s Mother and Child and Puccini’s I Crisantemi. In an NJSO concert first, Zhang will take to the piano for an intimate performance of Coleridge-Taylor’s arrangement of the spiritual Deep River with Concertmaster Eric Wyrick on violin.

Zhang says: “William Grant Still was an American trailblazer, and I loved sharing his beautiful and poignant work Mother and Child with the NJSO. Its songful sense of nostalgia and tenderness pairs perfectly with works of Puccini and Dvořák. And it’s a special treat to make my NJSO debut as a pianist alongside Concertmaster Eric Wyrick for Samuel Coleridge-Taylor’s magnificent arrangement of the spiritual Deep River.”

To provide a high-quality video and audio experience on audiences’ televisions and speakers, DreamPlay Films filmed the performance with cinema cameras. Longtime NJSO audio engineer and multiple Grammy Award winner Tim Martyn recorded and mixed the audio for the concert, recorded on stage at NJPAC in Newark in October.

Director Yuri Alves says: “It was an honor to direct this project, which features a superior NJSO performance of some of the most beautiful music ever. My aim was to match the visual quality to that of the splendid music, which meant reimagining both the presentation of the stage performance and fusing it with the lived experience of local residents, who are living through an exceptionally challenging time.”

Producer Igor Alves says: “I think this work is a revelation, both in concept and in process, as it shows the fruitful potential of uniting talented artists from different disciplines to create special work together. I’m grateful for NJSO's trust and leadership, as it expands beyond the expectations of what a classical orchestra is and what it can do.”

NJSO President & CEO Gabriel van Aalst says: “Yuri Alves and DreamPlay Films continue to powerfully capture the NJSO concert experience with our fabulous musicians and Xian Zhang’s dynamic conducting. Audiences will love being immersed in this great orchestral music with cinematic visuals from the NJPAC stage and beyond.”

This film, which will be available on demand after the premiere, is part of NJSO Virtual 20–21, the Orchestra’s digital season. For more information, visit njsymphony.org/virtual. 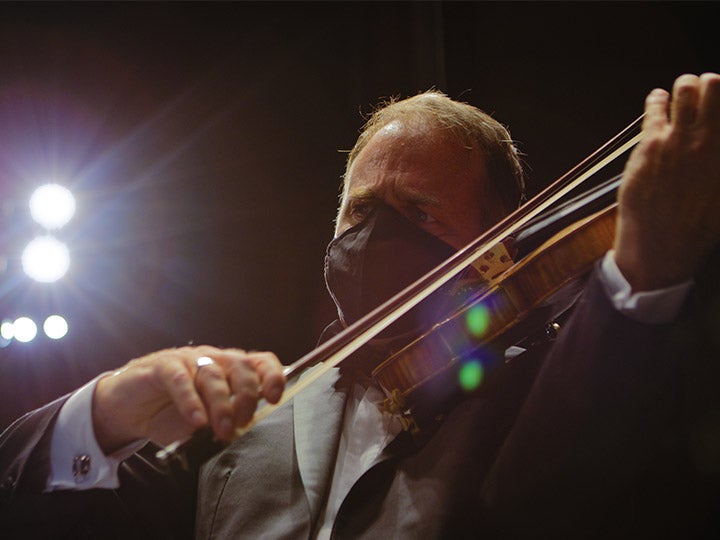 Our second virtual concert will include one of Dvořák’s most popular works, Serenade for Strings. Coleridge-Taylor’s arrangement of the spiritual Deep River features Music Director Xian Zhang performing on the piano for the very first time with the NJSO in concert, joined by Concertmaster Eric Wyrick on violin. Captivating performances of Still’s Mother and Child and Puccini’s I Crisantemi also grace this program.

This NJSO Concert Film is conducted by Music Director Xian Zhang, directed by Yuri Alves and produced by DreamPlay Films.

Premieres Jan 14 at 7:30 pm and is available on demand after the premiere.