[Skip to Content]
View Past Events
Home|News|Press Releases|NJSO and Trilogy: An Opera Company present Emmett Till performance and event on Nov 10

NJSO and Trilogy: An Opera Company present Emmett Till performance and event on Nov 10

NEWARK, NJ—The New Jersey Symphony Orchestra and Trilogy: An Opera Company—a Newark-based opera company that focuses on the works of Black composers and subject matter relative to the Black experience—present a free panel discussion and performance of selections from Michael Raphael’s Emmett Till in a special Zoom event on November 10 at 8 pm.

The event, a dialogue with Trilogy founder and bass Kevin Maynor and community leaders, explores the impact of Till’s 1955 murder and the role of the arts in sharing important stories and responding to issues of social justice.

The performance features Maynor as the archangel; Chantel Grant as Mamie Till (mother of Emmett); and Daniel Gunwa, David Gunwa and Kordell Tate Roberts (all of the Newark Boys Chorus, directed by Donald Morris) as Emmett.

Patrons should register to attend in advance at njsymphony.org/emmetttill.

Maynor writes: “The question that some very powerful investment bankers asked me was, ‘Where is the opera on George Floyd?’ My answer to them and you who would ask the same is, ‘Floyd reminds us of what has been going in this country for years.’

“You see, Emmett is an early ‘start’ that changed the attitude of Black Americans on all levels. The murder was cruel beyond measure and slowly revealed, in fear of aggressive reaction. The answer to why we have so much social unrest is because of so many previous crimes against Black people and people are sick and tired of it. One new work on George Floyd does not point to the problem that does not change with those who are not Black. There is apathy and a lack of knowledge of what blacks have had to endure to make a difference in the United States of America. Code names, such as ‘underserved neighborhoods,’ prove to me that today we are afraid to call the names of the so-called underserved. George Floyd is a starting point for white and Black Americans alike!! Hence the social unrest. Our grandparents have told us the stories, which are hard to believe when you are exposed and educated in America.

“‘I don’t want to learn from experience, teach me ahead of time.’ This is what I live on, and I am eager to teach all ahead of time, before we learn from experience. The work from Michael Raphael uses beautiful music to get right to it. He touches our heart and draws musical correlations that pull us closer. We have a chance to hear from composers that are not writing for themselves but are listening to the sounds around them and choosing the words of our neighbors. Our orchestras and opera houses have the new responsibility that Hollywood years ago embraced. We ‘serious’ artists must be relevant. So many of our elders know so little of the struggle of so much of America. Black companies will continue to show a path. Collaboration is still important as long as it does not dilute, the message. Beautiful music must never be left out and we must do as my Grandmother would say: ‘listening on hearing.’

“She was waiting for truth.

“The panel chosen will provide very few answers but lots of truth.”

For more information and to register, visit njsymphony.org/emmetttill.

For a full list of scheduled NJSO Virtual 20–21 programs, including NJSO at Home performances, visit www.njsymphony.org/virtual. Additional program announcements will be made throughout this virtual season.

SELECTIONS FROM EMMETT TILL

In collaboration with Trilogy: An Opera Company

MICHAEL RAPHAEL Selections from Emmett Till

The NJSO joins forces with Newark-based opera company Trilogy for a special video presentation of selections from Michael Raphael’s Emmett Till oratorio. Join community leaders and Trilogy Artistic Director Kevin Maynor for an evening of conversation about the impact of Till’s murder and the way that art and music help tell important stories, followed by an exclusive premiere of the project.

Trilogy: An Opera Company focuses on the works of Black composers and subject matter relative to the Black experience. Trilogy has brought forth some 30 new operatic works by composers such as Dorothy Rudd Moore, Michael Raphael, Julius Williams Trevor Weston, Adolphus Hailstork, Anthony Davis, Dwayne Fulton, Trent Johnson, Richard Thompson, Ulysses Kay and Scott Joplin. This year, we will do works by H. Leslie Adams and Dwayne Fulton. Trilogy aoc has done more new fully staged operatic works by Americans than any other company. We have brought forth more stories of Black people than anyone. Our Ring cycle featuring African Americans was the first Ring by Richard Wagner, ever in the state. Trilogy has developed black singers, directors, producers, designers, lighting designers, video editors, costume designers, instrumentalists, videographers, fight coordinators and hair/makeup/wig artists, as well as stage managers. We have put children on and behind the stage. We have met the needs of all people, exposing all people to our brand. 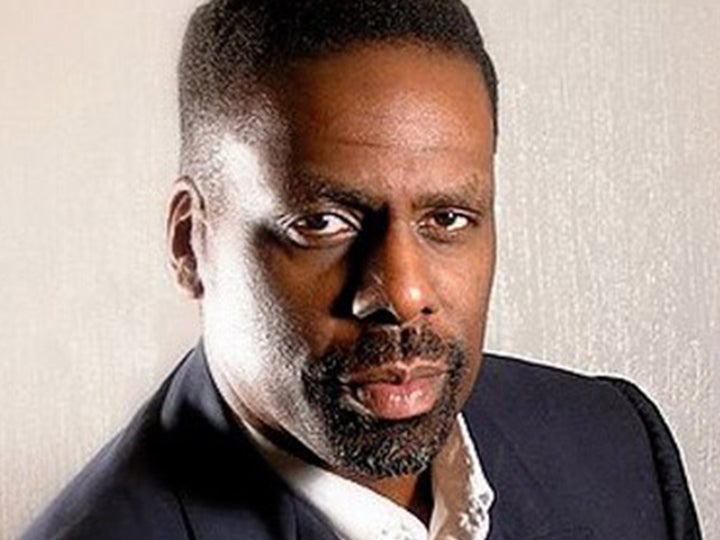 Selections from Emmett Till

In collaboration with Trilogy: An Opera Company | NJSO Virtual 20–21

The NJSO joins forces with Newark-based opera company Trilogy for a special video presentation of selections from Michael Raphael’s Emmett Till oratorio. Join community leaders and Trilogy Artistic Director Kevin Maynor for an evening of conversation about the impact of Till’s murder and the way that art and music help tell important stories, followed by an exclusive premiere of the project.

After Emmett Till was murdered, his mother, Mamie Till, insisted on an open-casket funeral because she “wanted the world to see what they did to my baby.” This program uses historical images that are graphic in nature and may be upsetting to some audiences. Viewer discretion advised.

Held virtually on Zoom; register for access. Available on demand after the premiere.