The Impact of Beethoven’s Ninth

RICHARD WAGNER “Beethoven’s Ninth Symphony became the mystical goal of all my strange thoughts and desires about music.”

Beethoven’s Ninth Symphony has had a seemingly endless impact on the world. The premiere was euphoric. The symphony’s message spoke to the idealistic pursuit of world peace. The Ninth is commonly used in ceremonies and at celebrations, has been used by NASA scientists, was performed to commemorate the fall of the Berlin Wall and has even found its way into mainstream popular culture. But why has this simple “Ode to Joy” melody been so impactful and enduring?

Composer Richard Wagner believed Beethoven’s Ninth Symphony was among the earliest examples of “Gesamtkunstwerk”—“universal artwork” or “all-inclusive art form.” When the Ninth premiered, it wove together most of the artistic forms of expression available at that time. It was a symphony—traditionally an exclusively instrumental art form—that incorporated choir, powerful dramatic narrative, texts from a poet and from the composer and soloists singing opera-like passages. Beethoven’s Ninth was the symphony that unlocked the limitlessness of symphonic music as a genre.

It is easy to relate to this work in one way or another, as there is something for everyone. In an era when music was primarily created for the church or the aristocracy, this was a piece of music that spoke of universal brotherhood, divinity beyond the stars, a God for all collective beliefs and the joy of finding true love and love of family and friends. These are timeless values—who wouldn’t want to sing along?

Lastly, to make this work more triumphant, its journey to creation was as romantic as the work itself. By the 1820s, Beethoven was bordering on complete deafness, and he therefore had to give up performing piano, something he loved dearly. This in turn hurt his finances, living conditions, familial relationships and reputation. He had not composed a symphony in years, which was very unlike him.

In short, the triumphant message of the enduring human spirit in Beethoven’s Ninth Symphony is paralleled in the composer’s quest to complete the work. In times of struggle and uncertainty, this work inspires listeners to remember what we have to be grateful for. The NJSO is excited to launch its 2018–19 season with a celebration of humanity!

Hear Beethoven’s masterwork with the NJSO, October 5–7 in Newark and New Brunswick. 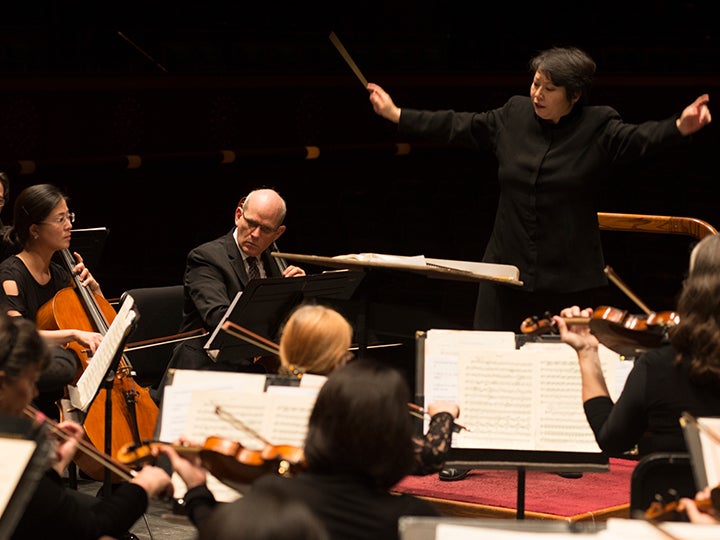