Bass Trombone
Back to Musicians 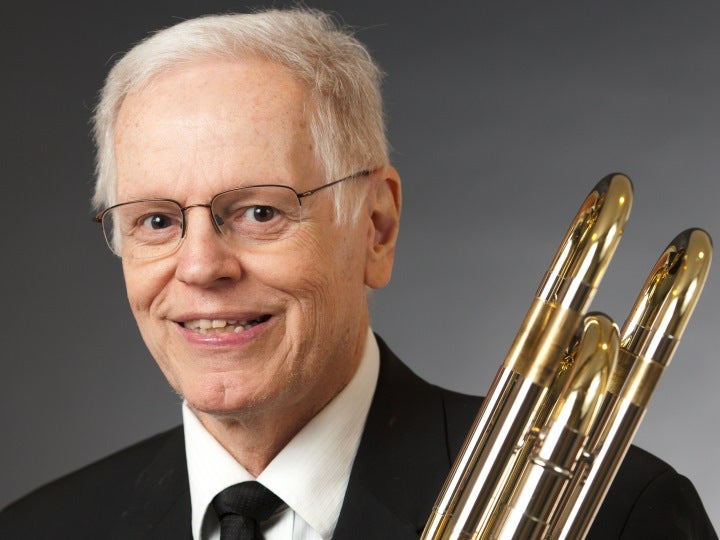 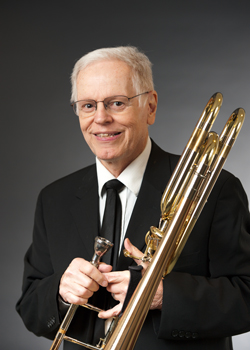 Belford is a resident of Warren, New Jersey, where he teaches privately. An avid, prize-winning photographer, he has held several exhibits of his work.

NEW JERSEY SYMPHONY HISTORY: I’ve been bass trombonist of the NJSO since April 1970. I cover a lot of New Jersey Symphony history from Henry Lewis through Jacques Lacombe. Prior to the New Jersey Symphony, I played a couple of seasons with the North Carolina Symphony.

MUSIC STUDIES: My formal musical training includes a Master of Music degree from the Manhattan School of Music (MSM), where I studied trombone with the great John Clark, who was bass trombonist with Toscanini’s famous NBC Orchestra. I also studied with Ed Herman, principal trombone of the New York Philharmonic.

FIRST OR BEST CONCERT YOU’VE EVER ATTENDED: The first and best concert I ever experienced was a high-school field trip to Carnegie Hall to hear a Friday matinee of the New York Philharmonic. I had never heard a professional orchestra before, and all my later brass heroes were in that concert—Bill Vacchiano (trumpet), Ed Herman (trombone), Jimmy Chambers (horn) and William Bell (tuba). On the program was a suite from On the Waterfront composed and conducted by Leonard Bernstein. I have never heard anything like it before or since, and I knew instantly this is what I wanted to do! Later, as a student at MSM, I got to know some of these guys, and they are still my brass heroes to this day.

HOBBIES: When not playing with the New Jersey Symphony, I’m shooting pictures—a lifelong pursuit—riding a bike or, lately, learning the guitar.

READING LIST: Recent books I’ve read are “11/22/63 by Stephen King, “Clapton by Eric
Clapton and the biography of Steve Jobs.

FAVORITE ICE CREAM: Just give me a quart of Breyers Van-Choc-Straw.

METS OR YANKEES? Neither! I like the Somerset Patriots, led by Sparky Lyle. Not unlike the New Jersey Symphony for classical music, the Patriots are high-quality baseball a few miles away at an affordable price with a hundredth of the hassle of schlepping to New York.

WHAT I LOVE MOST ABOUT NEW JERSEY: I love its diversity—from the mountains to the shore, city and country, and the ethnic mix of its people.

ADVICE FOR YOUNG MUSICIANS: Keep your eye on the prize, which could be anything from playing in a top-of-the-line symphony or just a great garage band. Just focus on being the best you can be, wherever that takes you.

GARAGE BAND: Speaking of garage bands, my friend—and fab trombonist—Gary Capetandes and I are putting together a truly bottom-of-the-line jazz band of keyboards and guitar. Fun is the operant word here!