Principal Cello The MCJ Amelior Foundation Chair, in honor of Barbara Bell Coleman
Back to Musicians 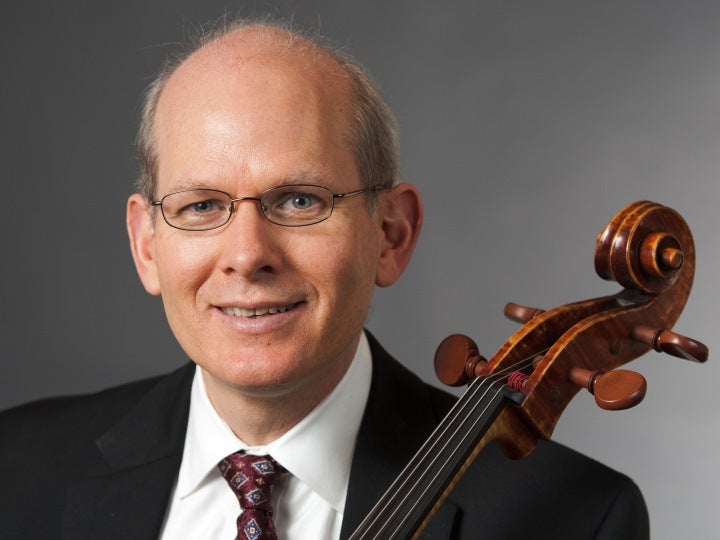 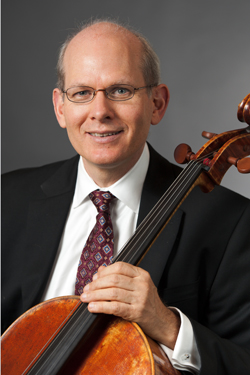 JONATHAN SPITZ has established himself as a leading cellist in the United States with his performances as a soloist, chamber musician and orchestral principal. He is the recently appointed head of string studies at the Mason Gross School of the Arts at Rutgers University and serves as professor of cello. He has been principal cello of the New Jersey Symphony since 1991, and he is a member of the Orpheus Chamber Orchestra and principal cello of the American Ballet Theater Orchestra.

Spitz has appeared as a soloist with the New Jersey Symphony on numerous occasions, performing many of the standard cello concertos. He has performed recitals at Carnegie Hall and at colleges and universities throughout the US. An active chamber musician, Spitz was a participant at the Marlboro Music Festival and currently serves on the artist faculty of the Brevard Music Center. A graduate of the Curtis Institute, he was a student of David Soyer.

He performs on a 2012 cello by Grubaugh and Seifert.

Where did you go to school?
I attended the Curtis Institute of Music, where I received fantastic training in both solo and orchestral playing. I also immersed myself in chamber music.

Was there a pivotal event that inspired you to become a professional musician?
When I was 14, I really enjoyed the thrill of improving as a cellist. I knew then that I wanted to see how far I could take it.

What has been your most interesting work outside of the New Jersey Symphony?
I have two other affiliations that mean a great deal to me. I am a member of the Orpheus Chamber Orchestra, a conductorless ensemble [in which] the players are fully responsible for the interpretations. I also teach cello at the Mason Gross School of the Arts at Rutgers University. I really love passing on the great training from which I have benefited.

Who is your favorite composer and why?
This changes daily—today, it’s Schubert. His music is like a handwritten letter from a dear friend, expressing such a deep human view of the world.

If you were stranded on a desert island, what would you have with you?
A cello, the Bach suites, the many great novels I haven’t read and language courses in Mandarin, Russian, Japanese and Korean.

How do you relax in your spare time?
When I’m not working, I spend time with my wife, Susannah, and my three kids.

What are your hobbies?
I still love to practice cello, but I also love to play golf (rather infrequently), poker (backstage) [and spending time with] my sons Sebastian and Lukas.

If you could have dinner with any three people in history, who would they be, and what would be on the menu?
Martin Luther King Jr., Pablo Casals and John Lennon come to mind as heroes. I would be too nervous to swallow, so I wouldn’t care about the menu.